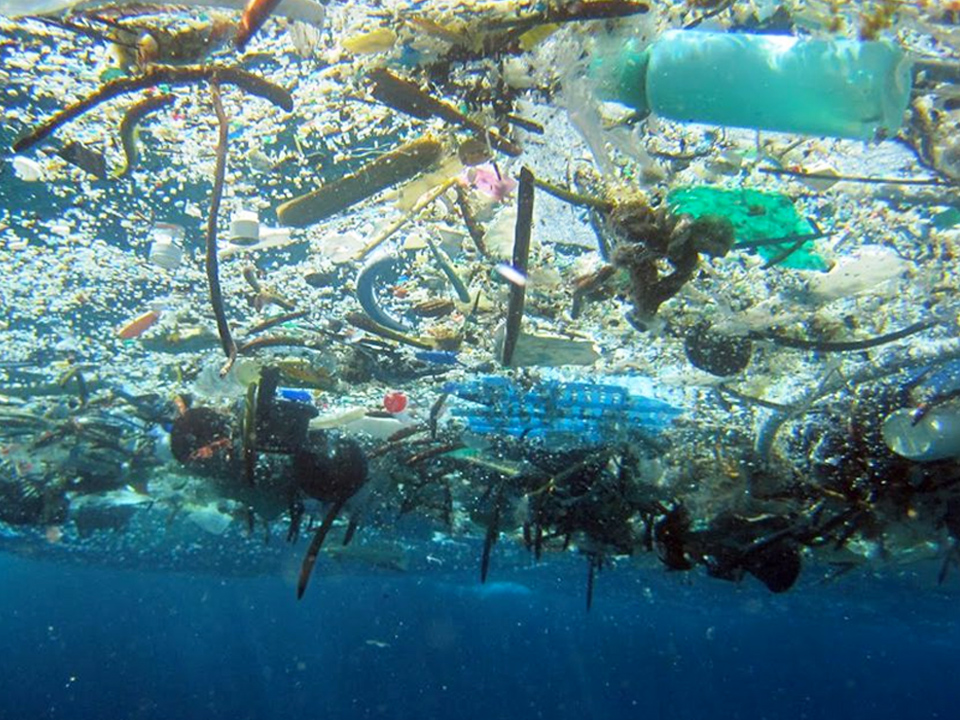 Marine debris can be very harmful to marine life in the gyre. For instance, loggerhead sea turtles often mistake plastic bags for jellies, their favorite food. Albatrosses mistake plastic resin pellets for fish eggs and feed them to chicks, which die of starvation or ruptured organs. —NATIONAL GEOGRAPHIC

The Great Pacific Garbage Patch is a collection of marine debris in the North Pacific Ocean. Marine debris is litter that ends up in oceans, seas, and other large bodies of water. It sits near the surface of the ocean, though dense debris can sink centimeters or even several meters beneath the surface, making the vortex’s area nearly impossible to measure.

These areas of spinning debris are linked together by the North Pacific Subtropical Convergence Zone, where warm water from the South Pacific meets up with cooler water from the Arctic. The zone acts like a highway that moves debris from one patch to another.

About 54 percent of the debris in the Great Pacific Garbage Patch comes from land-based activities in North America and Asia. —NATIONAL GEOGRAPHIC

The National Geographic article goes into full detail about the impact of this shameful human by-product. It will break your heart, but hopefully it will both inform you and get you upset enough to be part of the solution (hint: stop using items made with plastic – starting with water in plastic bottles). We all have ownership in this.

Korotkin Associates has excellent design taste and depth of knowledge of horticulture and supportive of wildlife habitat support.